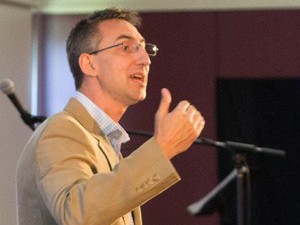 ‘The primary message that God has given us to preach is the message of Christ, The Anointed One and His Anointing. It is upon Anointed revelation that Jesus said He would build His Church.’

Throughout the Word of God we are reminded that God originally created us as His children. Through Christ, The Messiah, the Anointed One (Yeshua, Jesus) and His Anointing those who have made Jesus Lord have been born again in Him and once again take up the identity of children of God.

The revelation of being “in Him” is manifest throughout the New Testament and is the foundation upon which Jesus declared that He would build His Church.